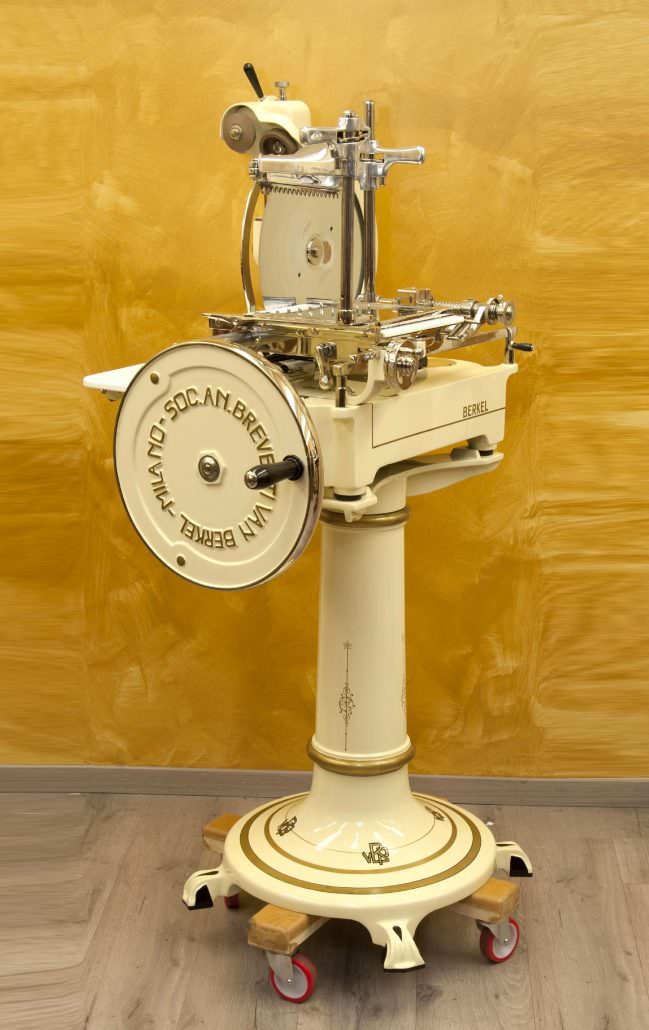 Scroll the images to view them 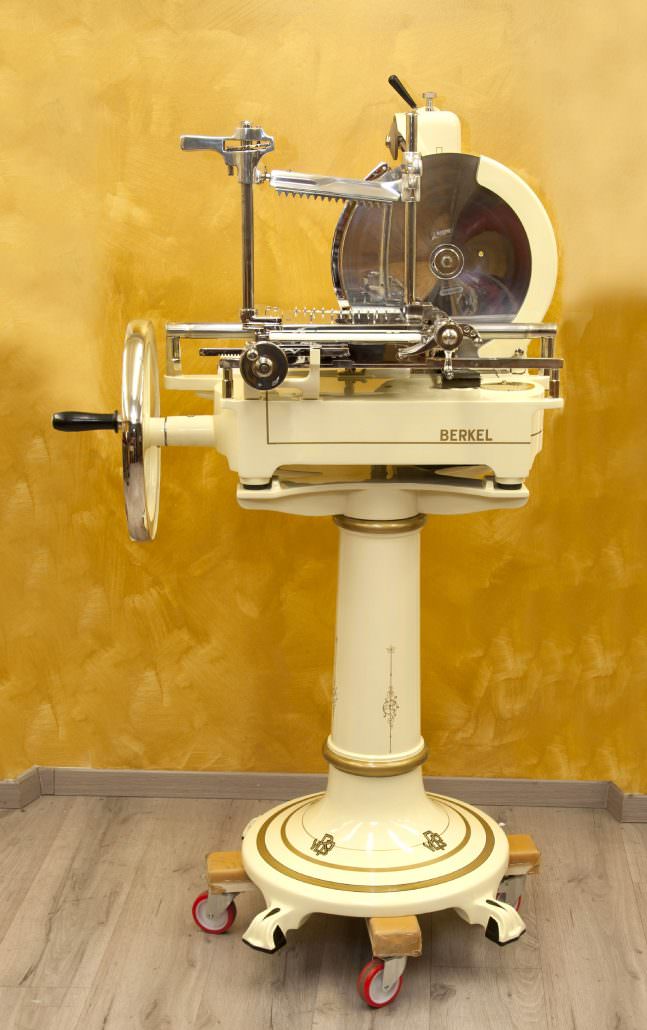 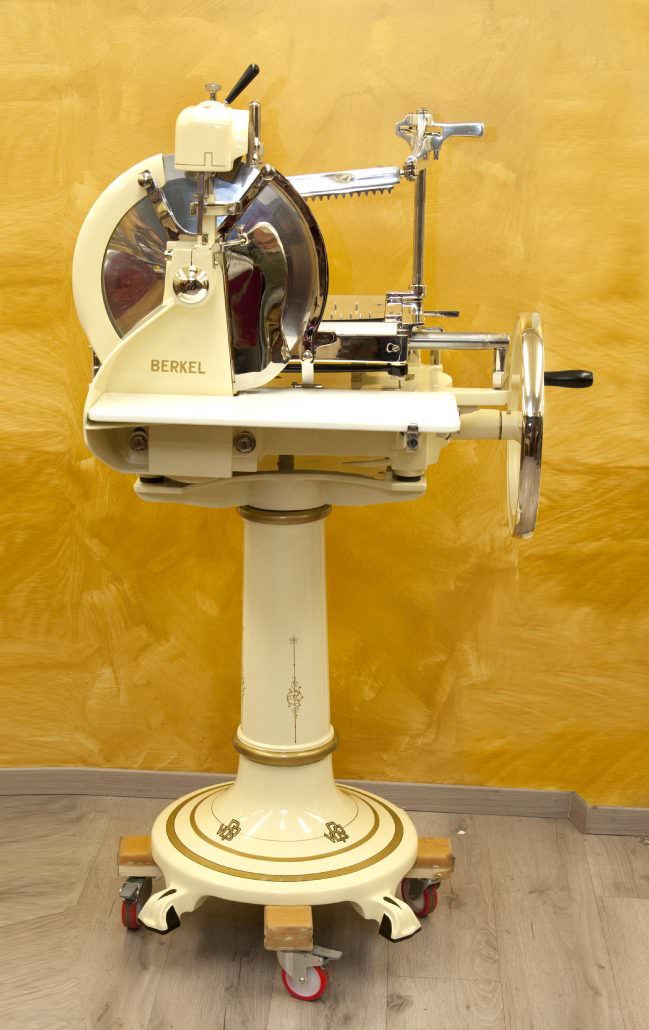 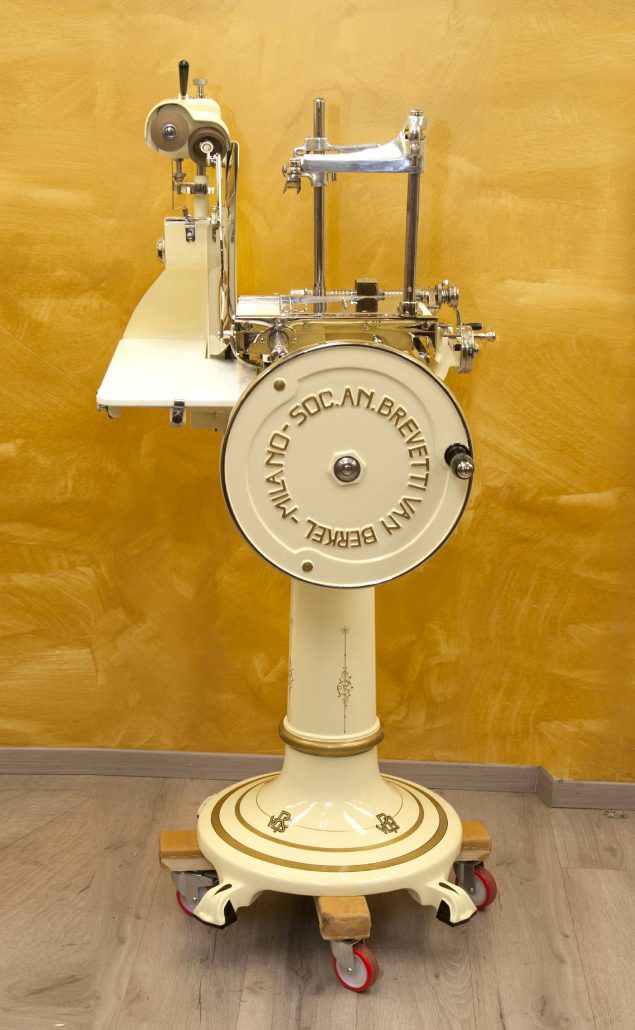 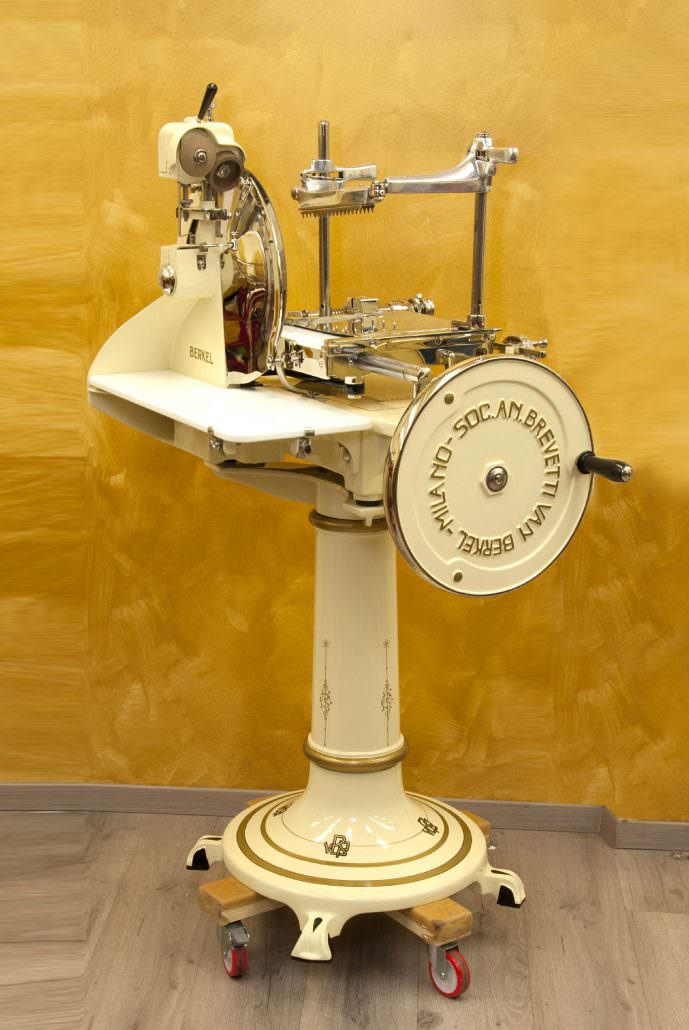 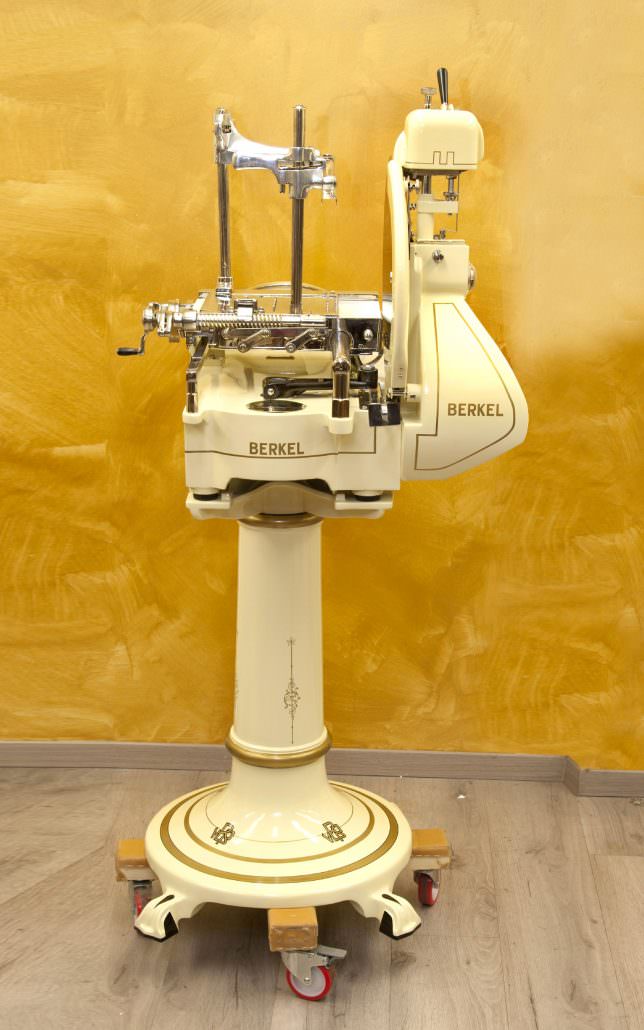 Slicer Berkel model 7 was produced at the same time as the model 5, all the mechanics is identical to the model 3 – 5 while the dimensions of the base have been increased in height.

In the first two years Berkel Model 5 was built simultaneously with the previous Mod. 3. That is why some features are common with both slicers and in particular:

The Principles of Our Restoration

To give the utmost fidelity in considering of the historical period of the machines without injuring their full efficiency; consequently: