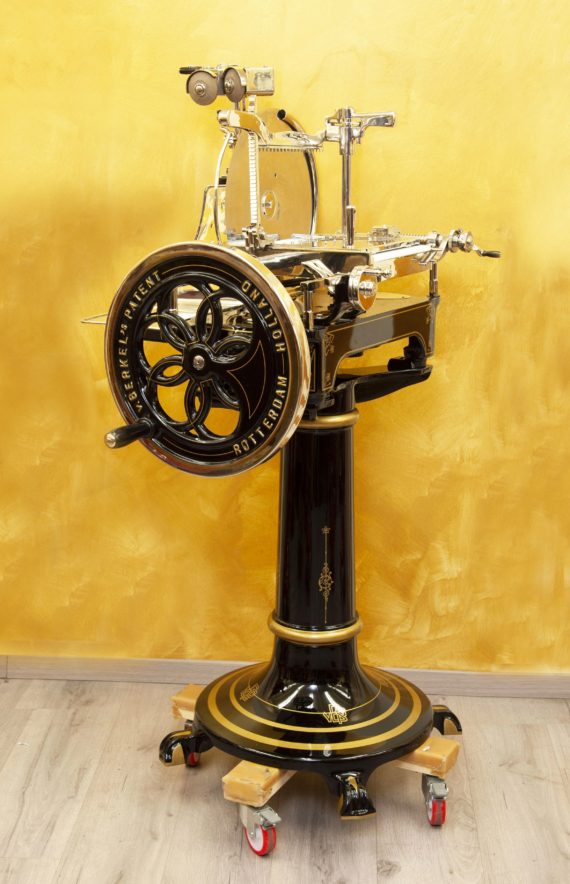 Original brands of the period in copal varnish 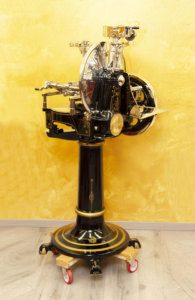 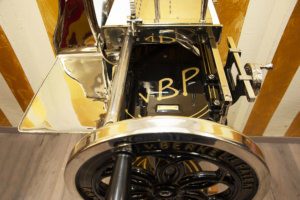 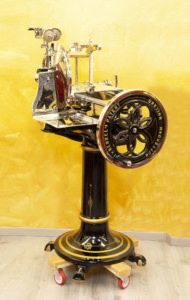 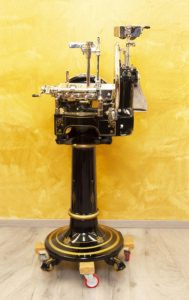 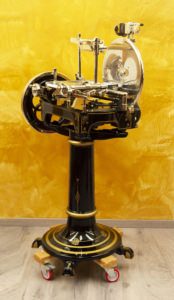 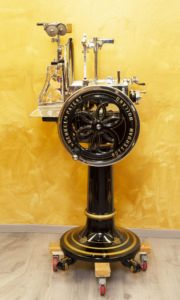 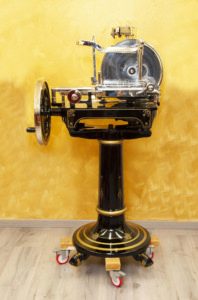 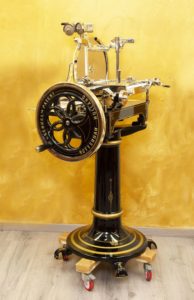 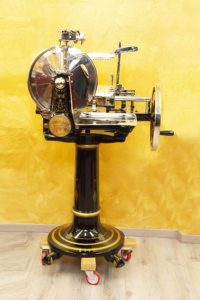 Berkel slicer model 3 replaces the models L – R – 1 – 2 and for quite nine years it remains the only model of the range. Without any doubt it is the most successful and undisputed of that time so to hand down its heart: the mechanism to its inheritor, the model 5.

Like in the previous models, the machine has the flower patterned flywheel that put a gearing into action located under the base. It drives both the blade, by means of a chain, and the shifting cart, by means of two connecting rods.

Close to the blade, the cart shifts inside a hub. While, at the opposite side, leans on a square rod thanks to a shifting felt. The two guides are supported by four small columns fixed on the base, two for each guide.

This system was adopted for the first time in 1908 by the previous model 2.

The slice adjustment clock is fixed on the base of the machine and puts a bill shaped lever into action, that is placed on the cog-wheel shaft located on the cart. This one then puts the endless screw into action where the vice comb is inserted that generates the slicing movement.

The cog-wheel is connected to a crank that, when moved on the right or left, shifts consequently the vice as you like.

The sharpener is particularly ingenious and innovative, and consists of a closed nickeled tin with two clicks for the sharpening.

The shoulder is round shaped as in the previous models.

In the upper part you can find the hub where are fixed the blade, the plated tray collecting the slices, the back and the front blade protectors and the detaching slice fin.

The Berkel brand label is attached in the lower part. 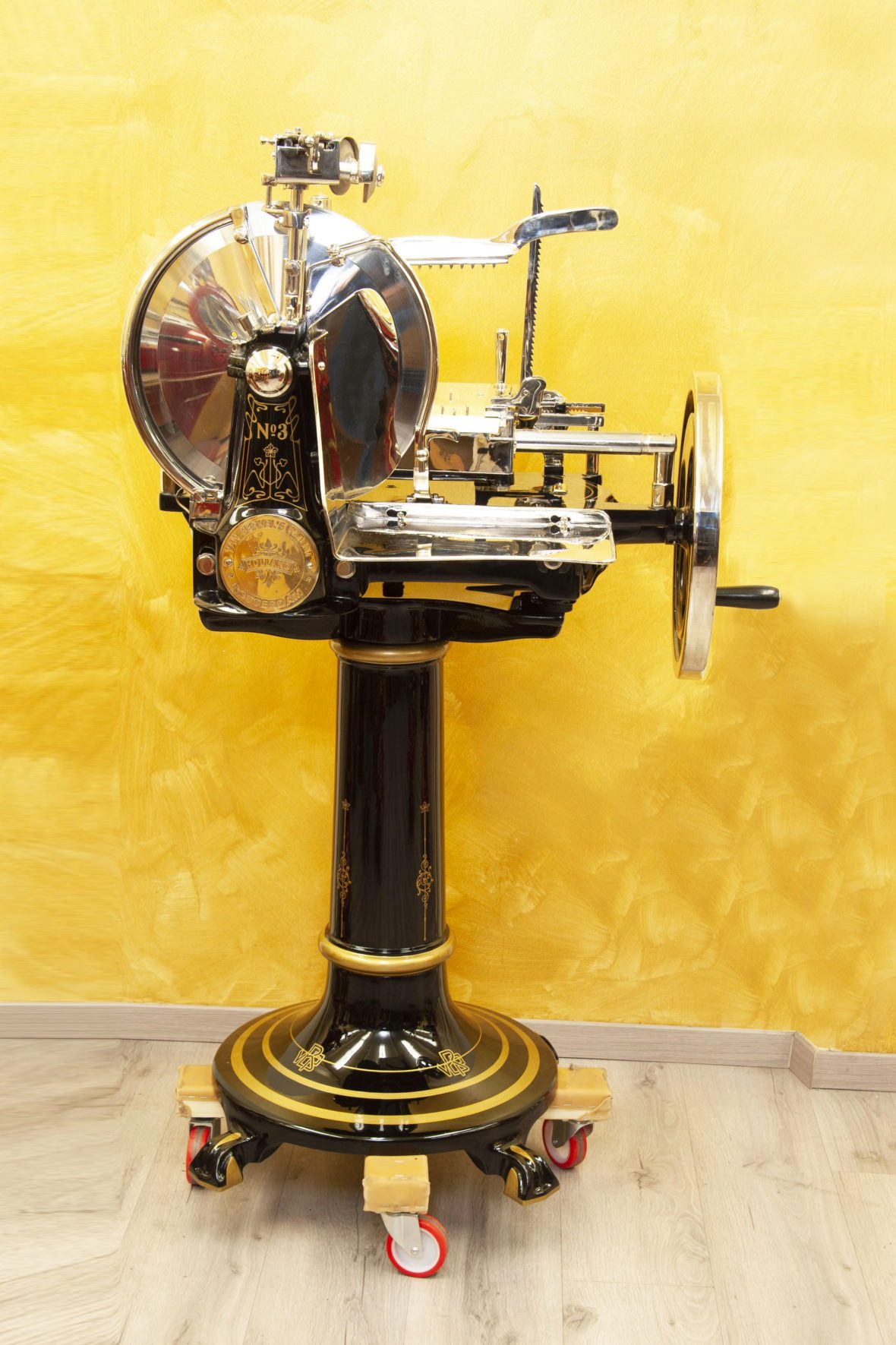 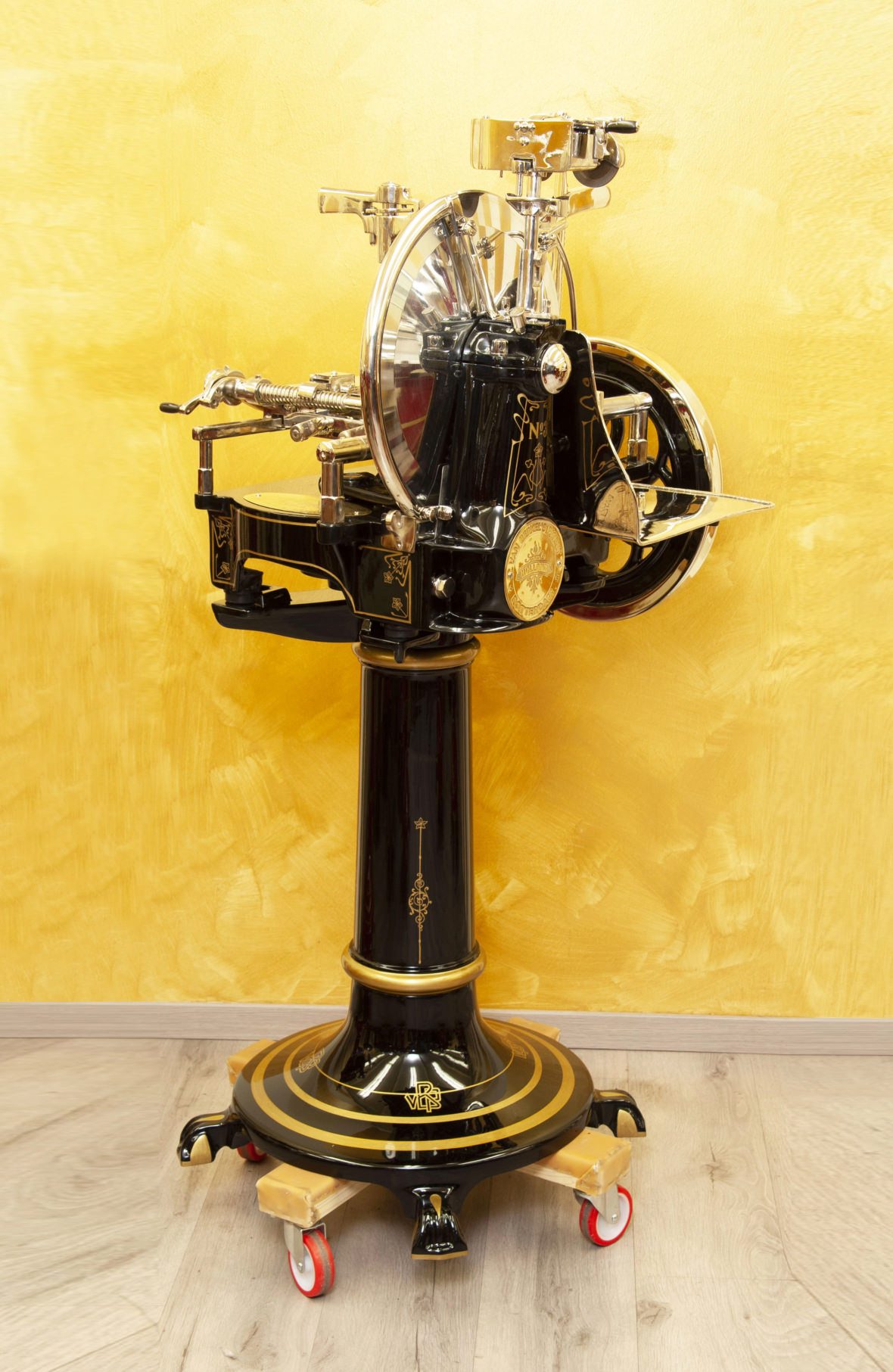 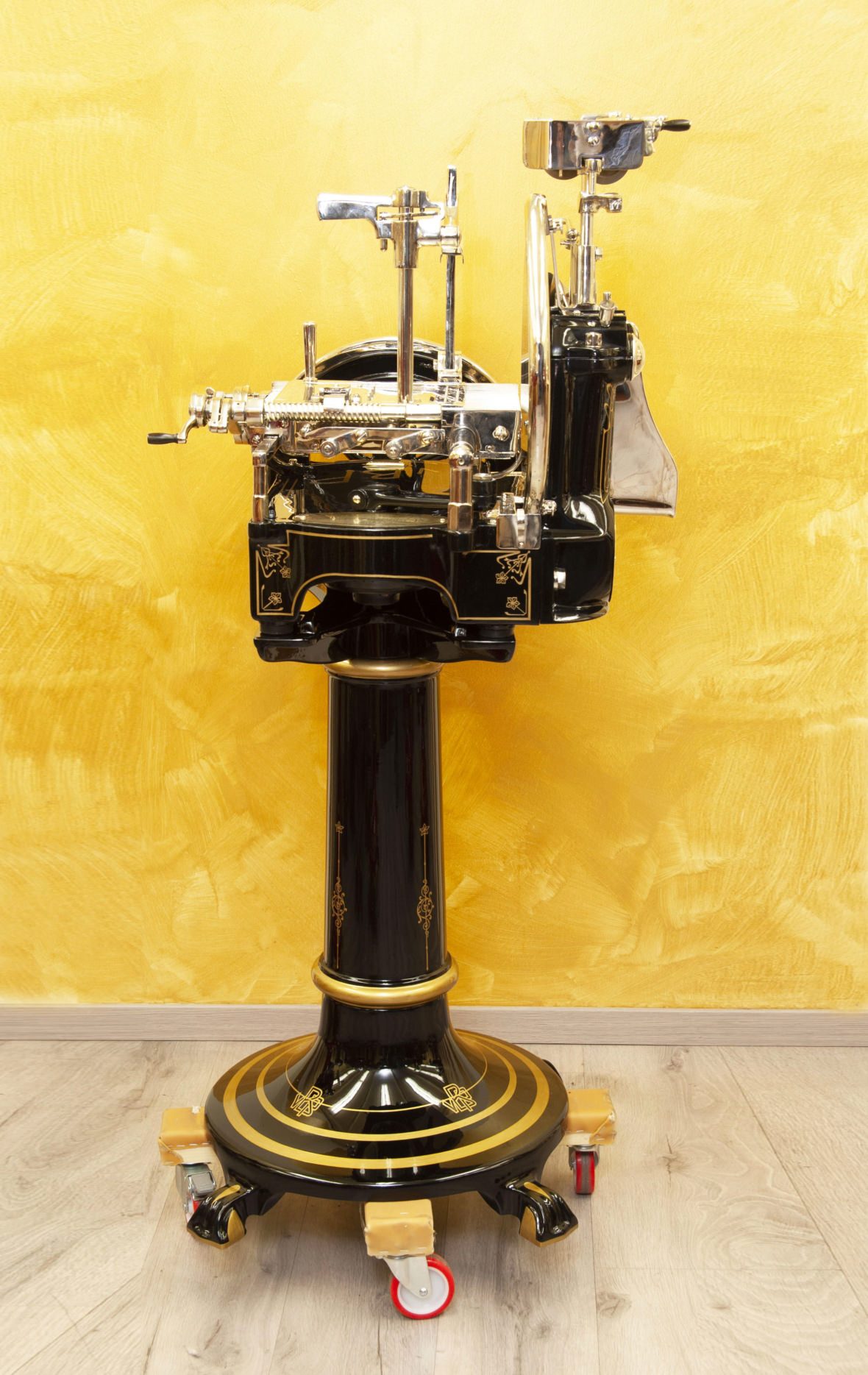 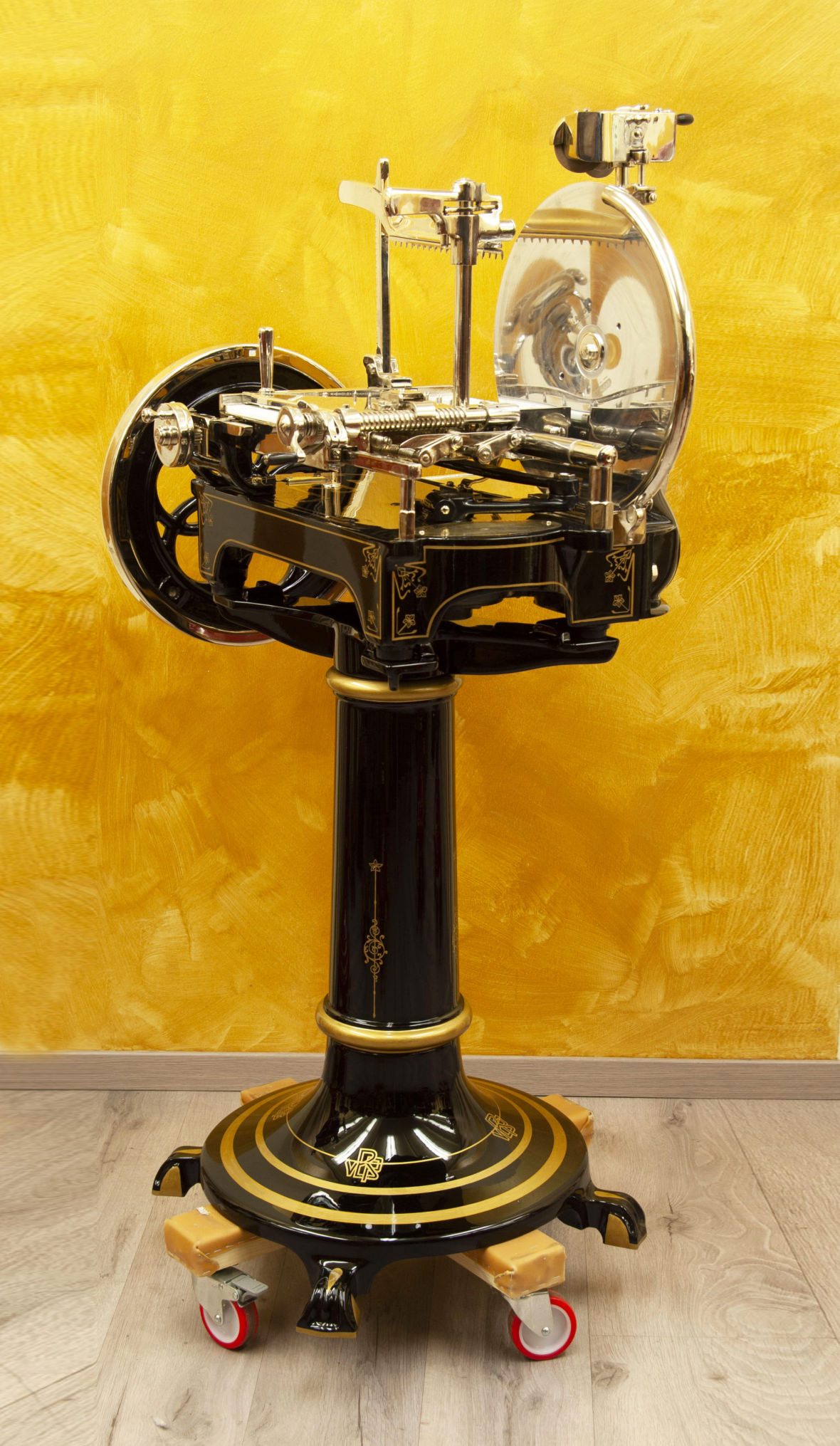 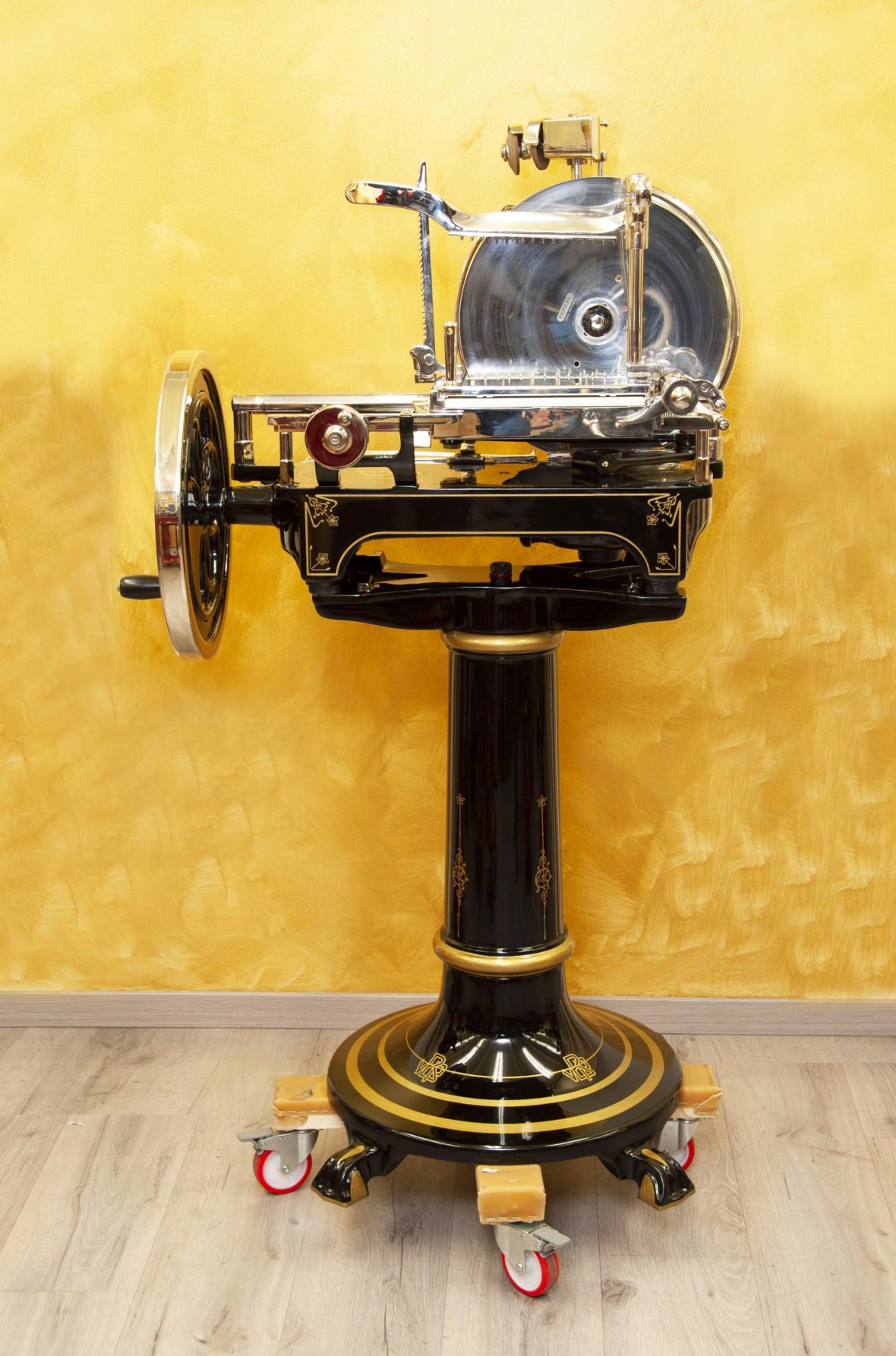 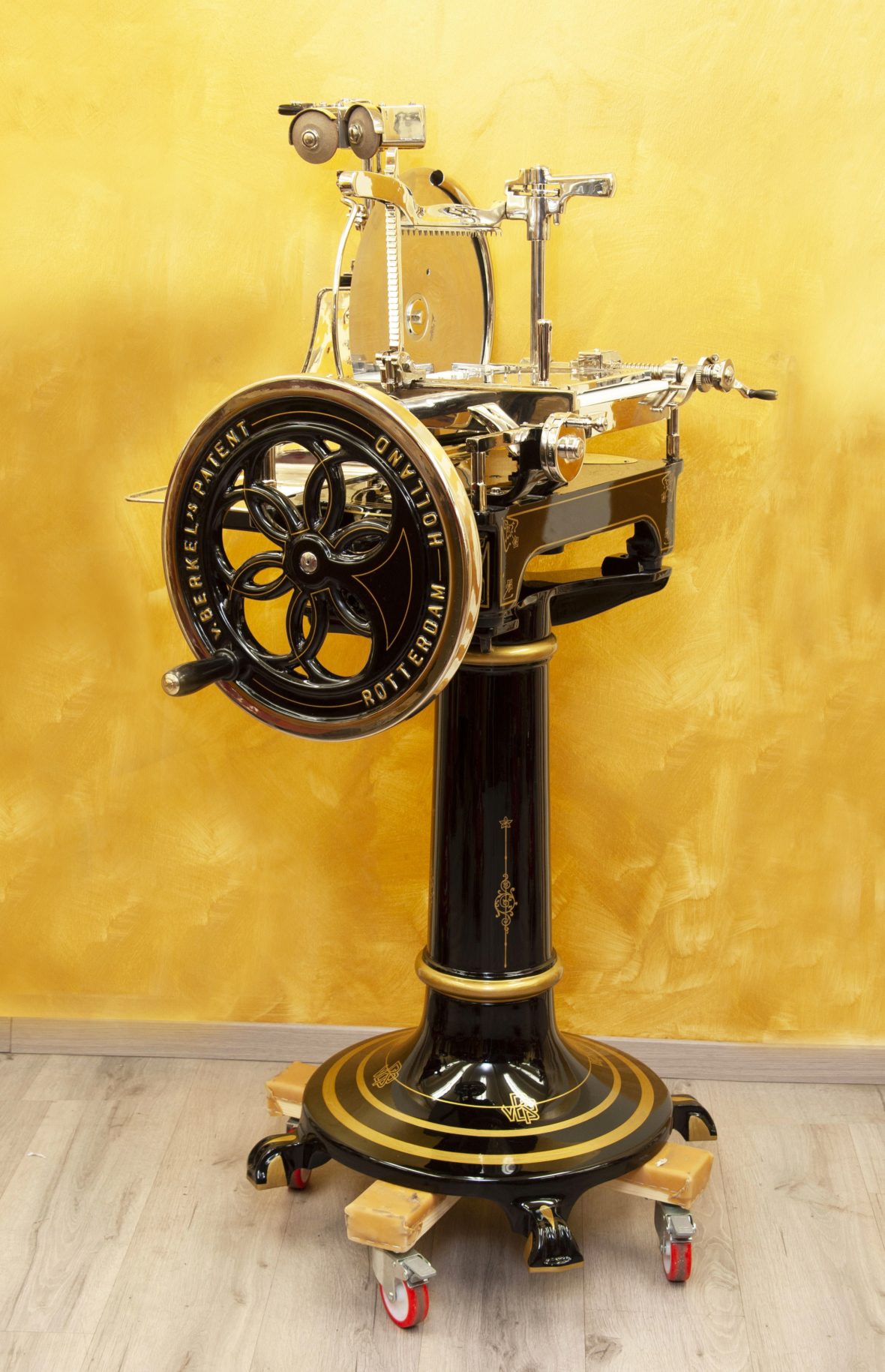 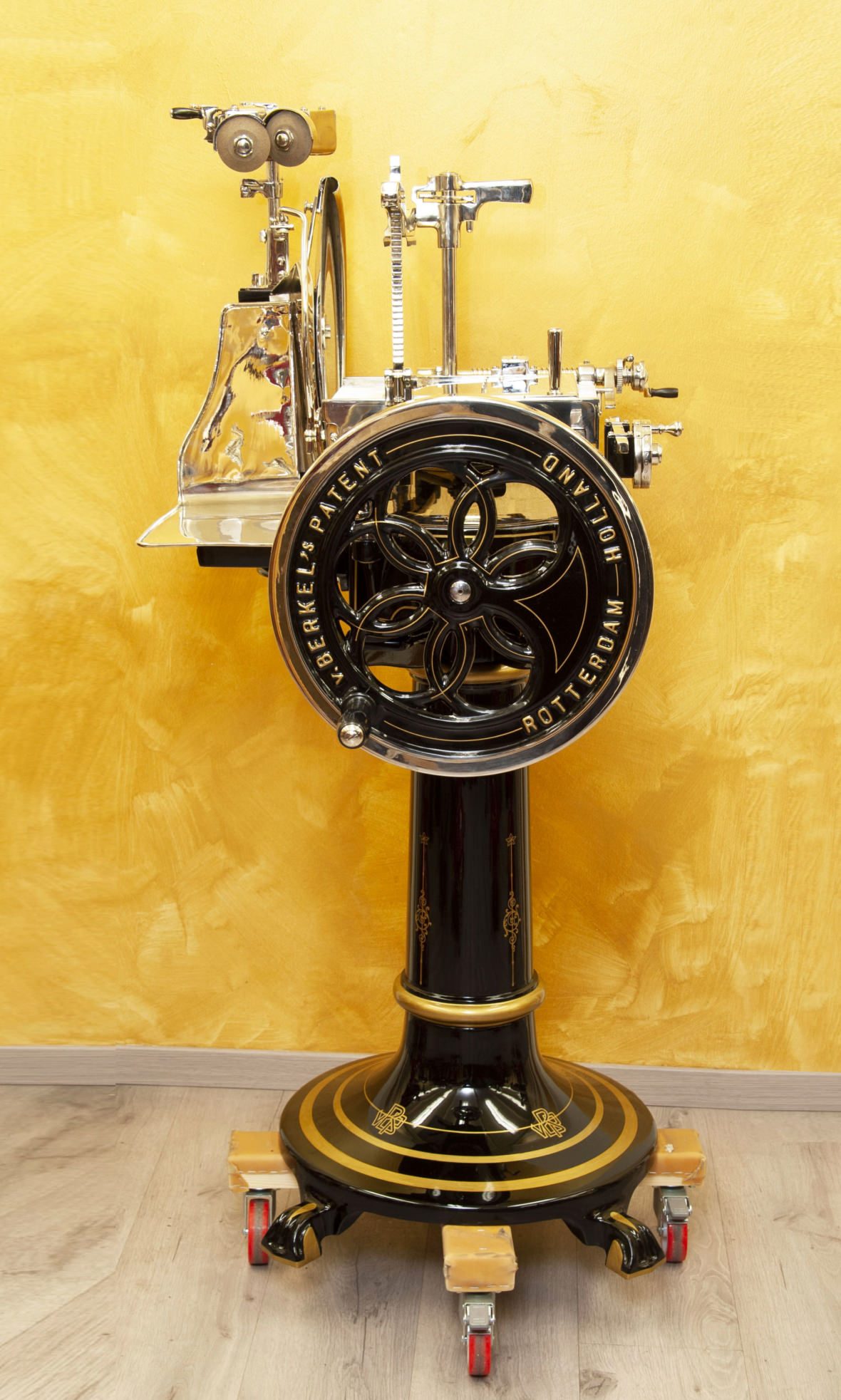 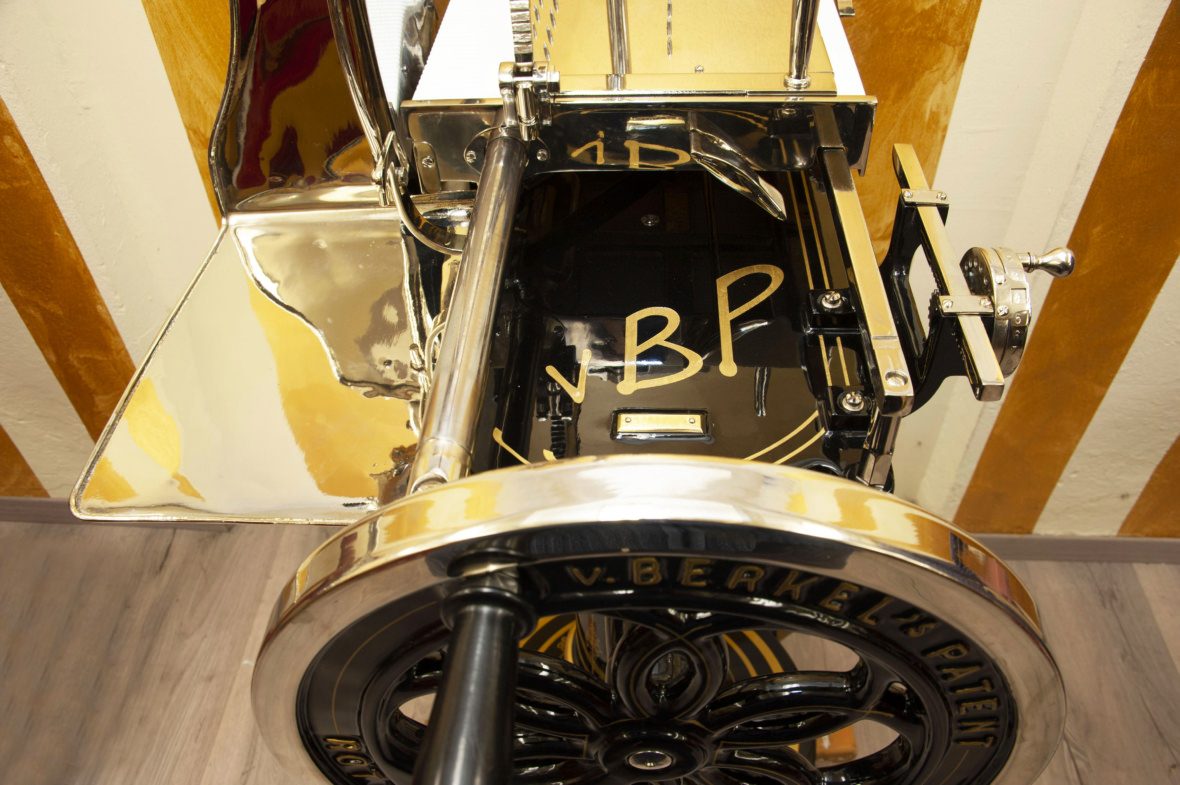 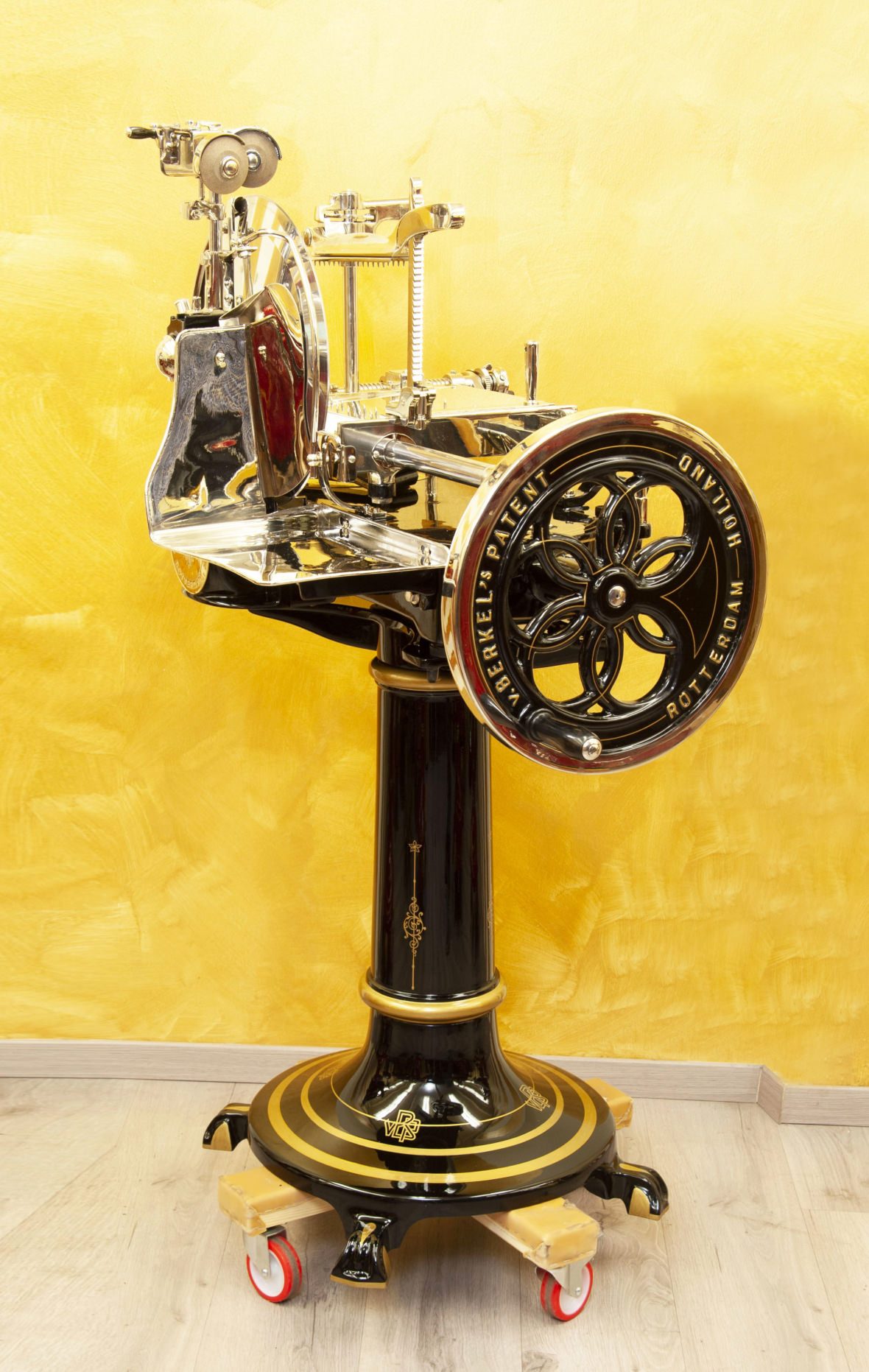