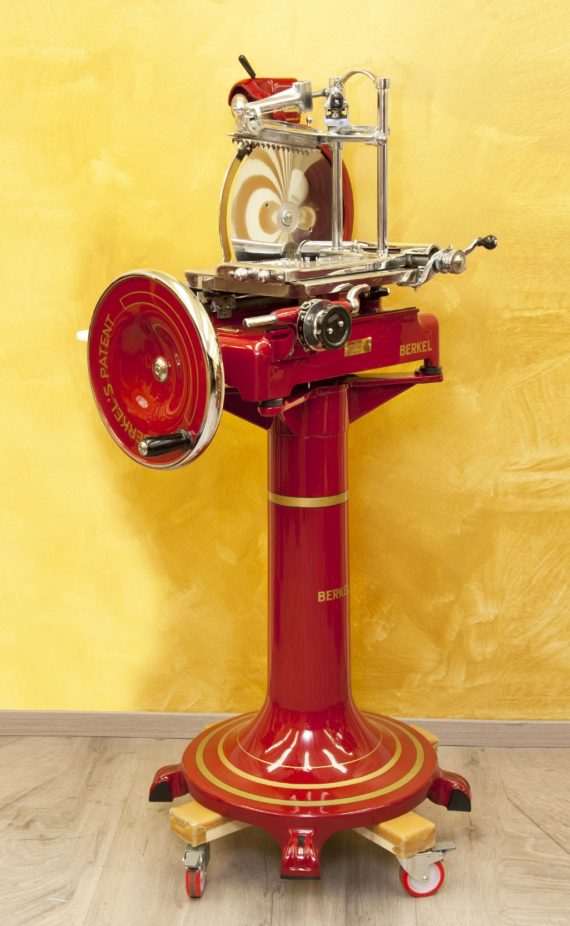 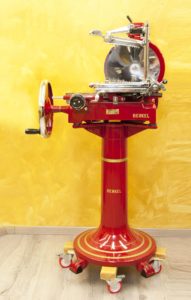 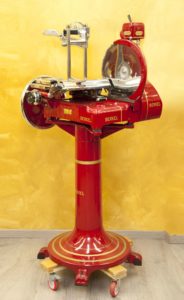 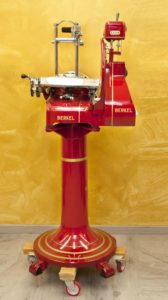 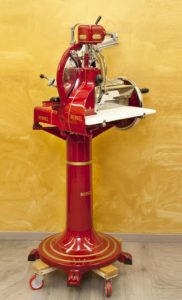 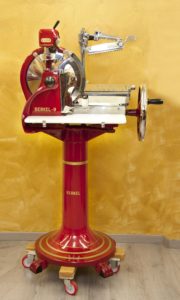 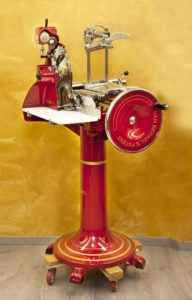 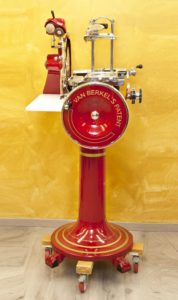 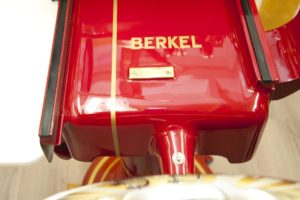 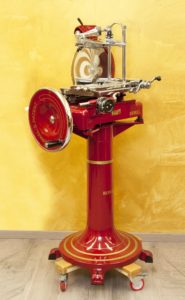 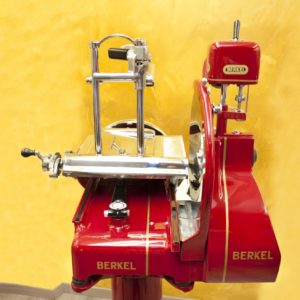 Berkel slicer model B9, is produced and distributed from 1935 until the sixties.

It is a short dimension slicer that, for its mechanism and slicing skills, in no way is inferior to the most wanted masterpieces.

The slicing synchronism of the whole range of this model is similar to the previous ones (models 5 – 7), but its parts have been so improved and perfected that will be used for the whole production till the 60s, in fact the endless screw and the comb pass to have a conical groove instead of the straight groove.

The endless screw and the staging are capped by a shaped cover and no longer at sight as for the previous models.

The closed and smooth flywheel puts a gearing system action located under the base into and causes the motion both of the blade, by means of a chain, and of the shifting cart, by means of two connecting rods.

The cart shifts on wheels driven by a rail laying on the base.

The slice adjustment clock is fixed on the base of the machine and puts a bill shaped lever into action and is on the same axis of the cog-wheel located on the cart, that puts the endless screw into action where is inserted the telescopic staging supporting the comb. The staging is hitched to the vice and produces the slicing movement. A crank connected to the cog-wheel moved by hand on the right or left shifts the vice consequently as you like.

The hub supporting the blade is fixed to the shoulder. That is flat outside with a wing shaped arch. This allows to lengthen an opal glass top tray. So you can manage more laying surface. 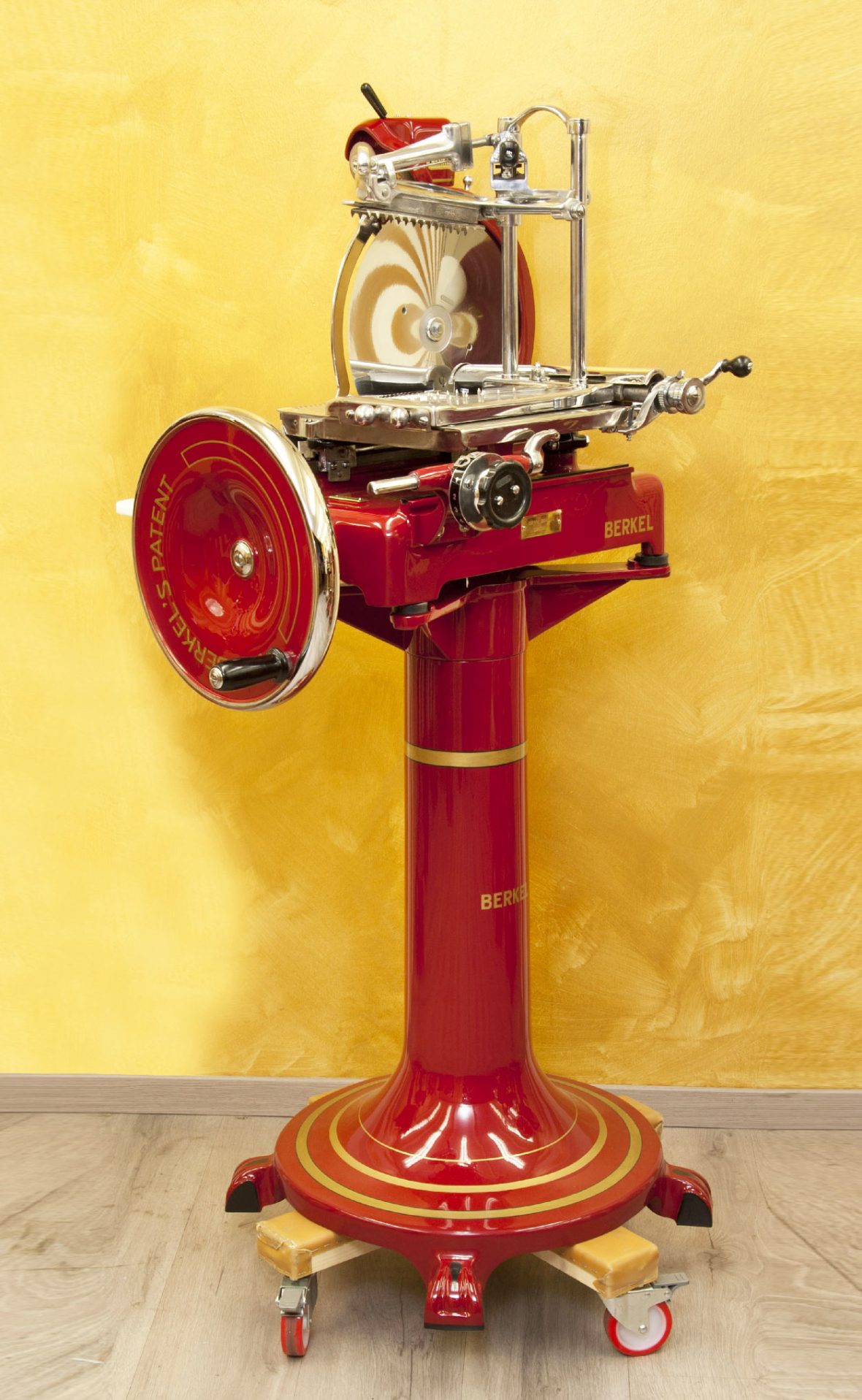 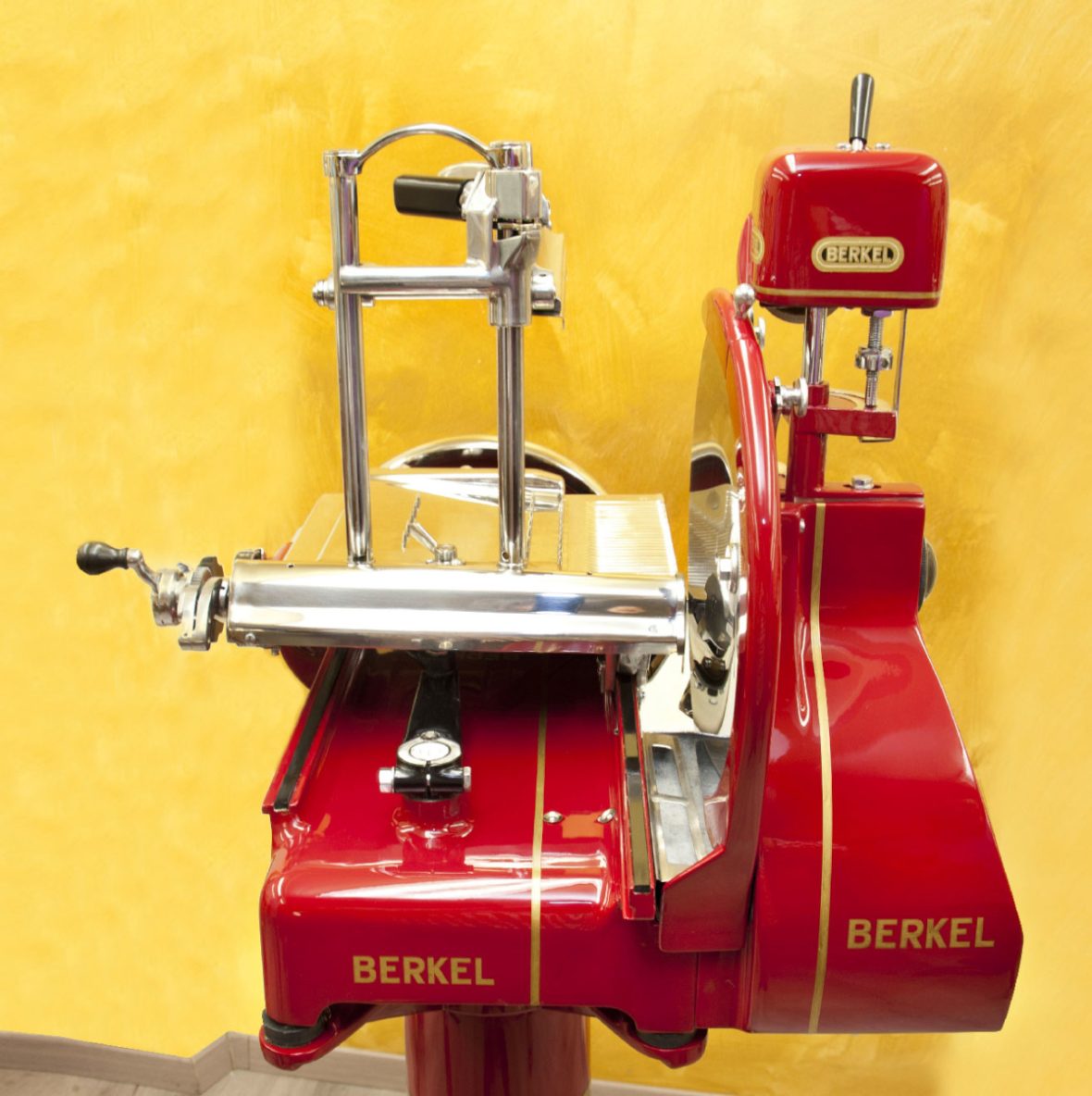 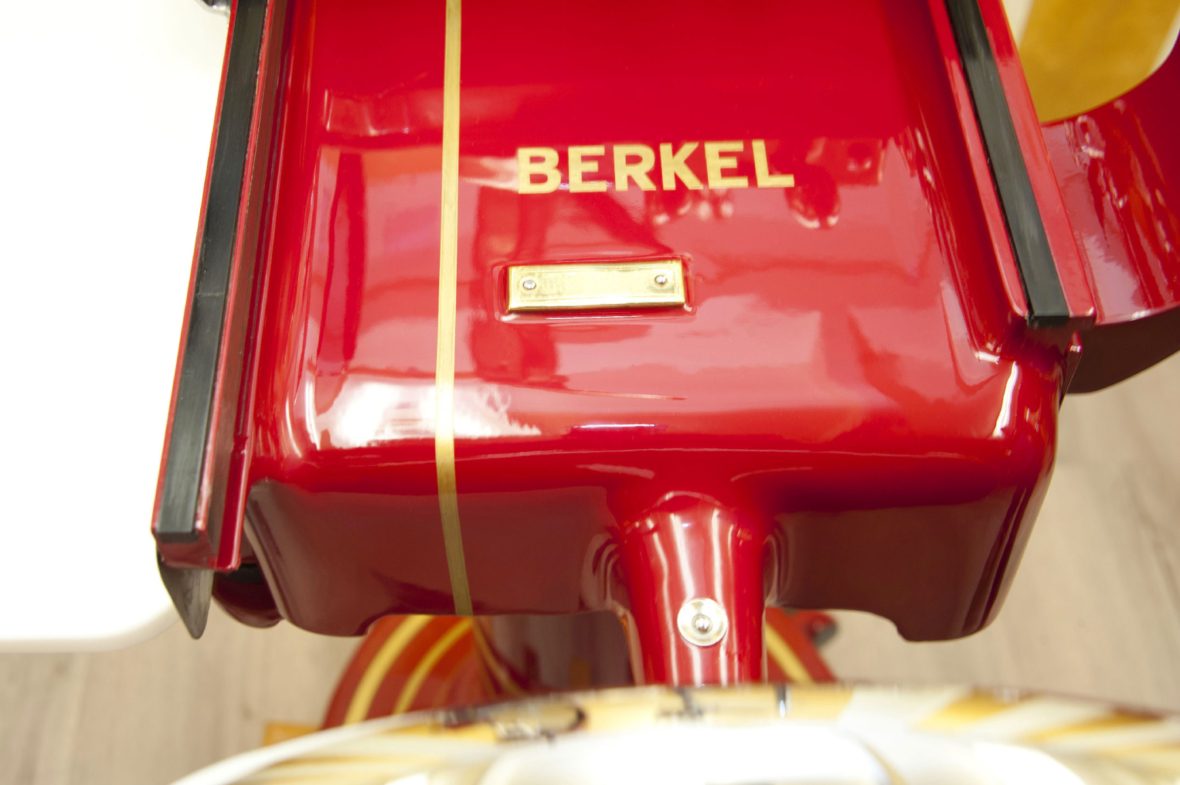 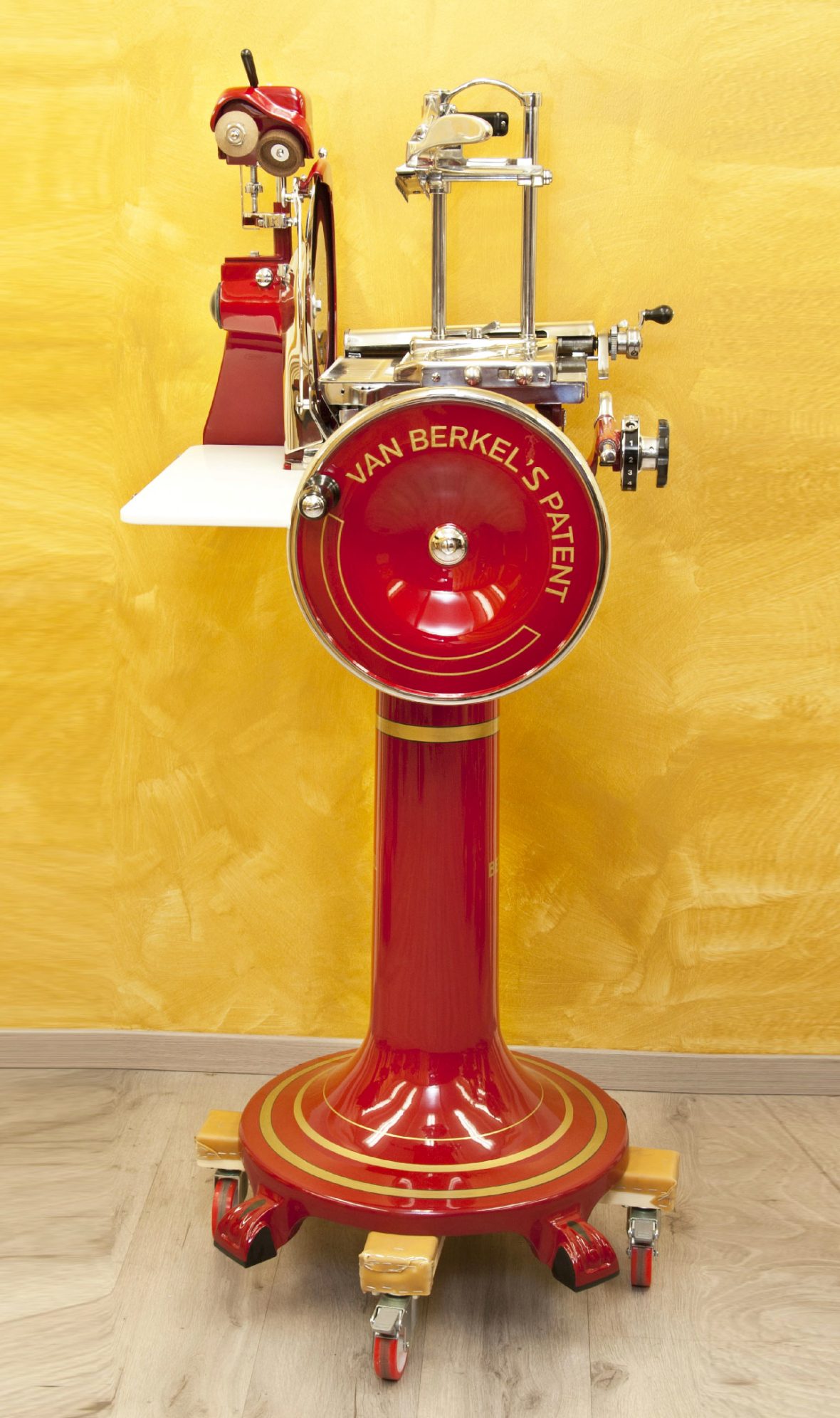 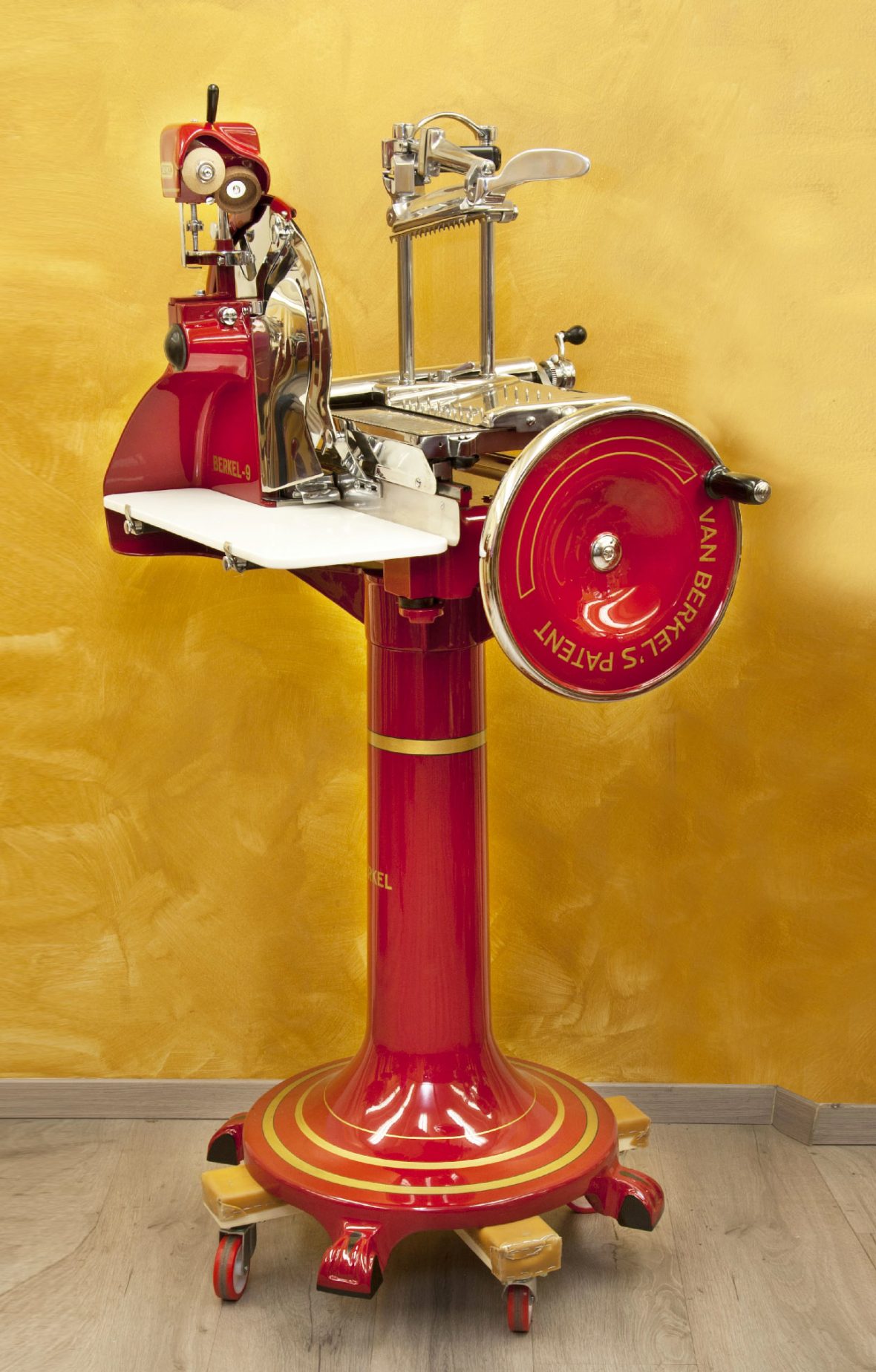 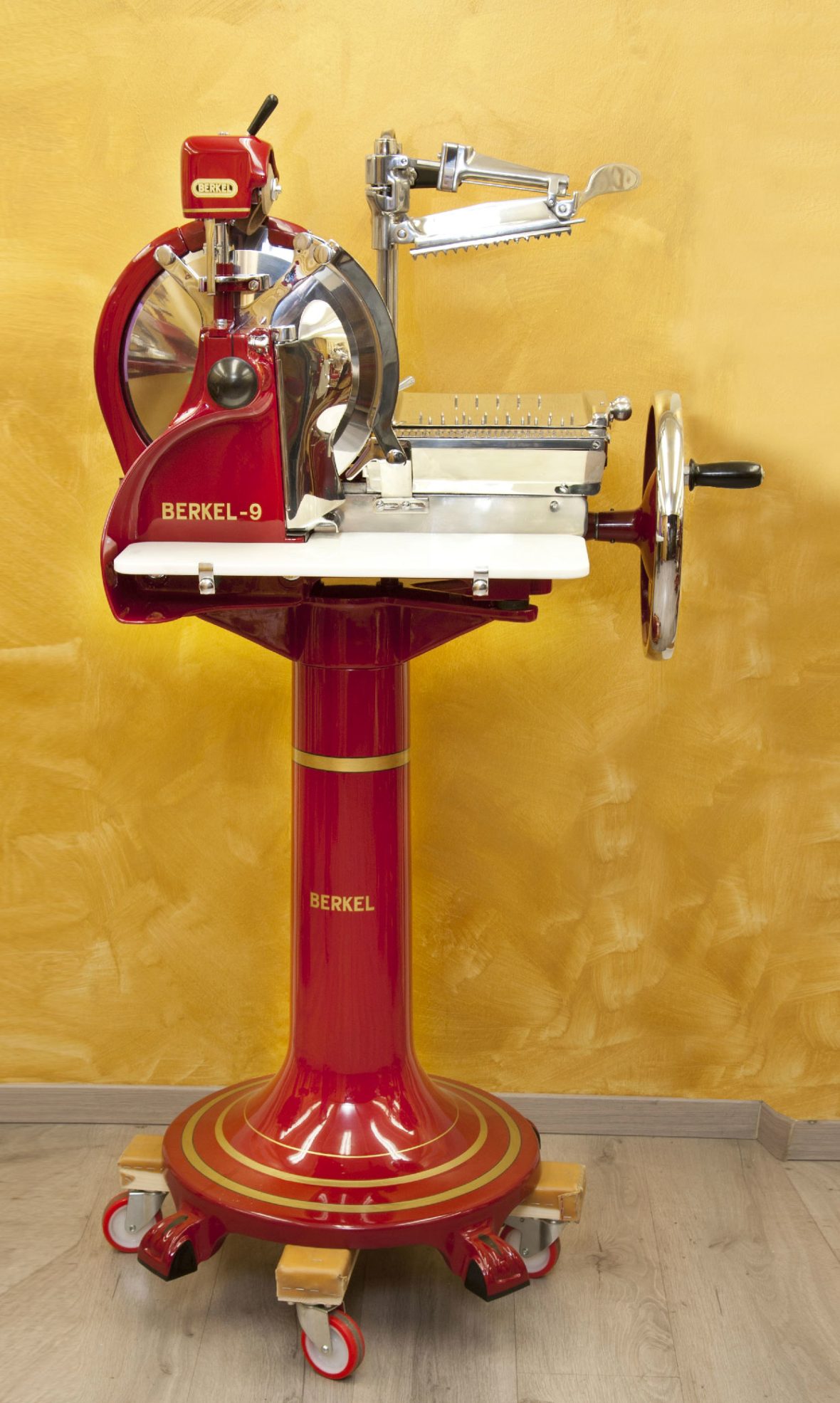 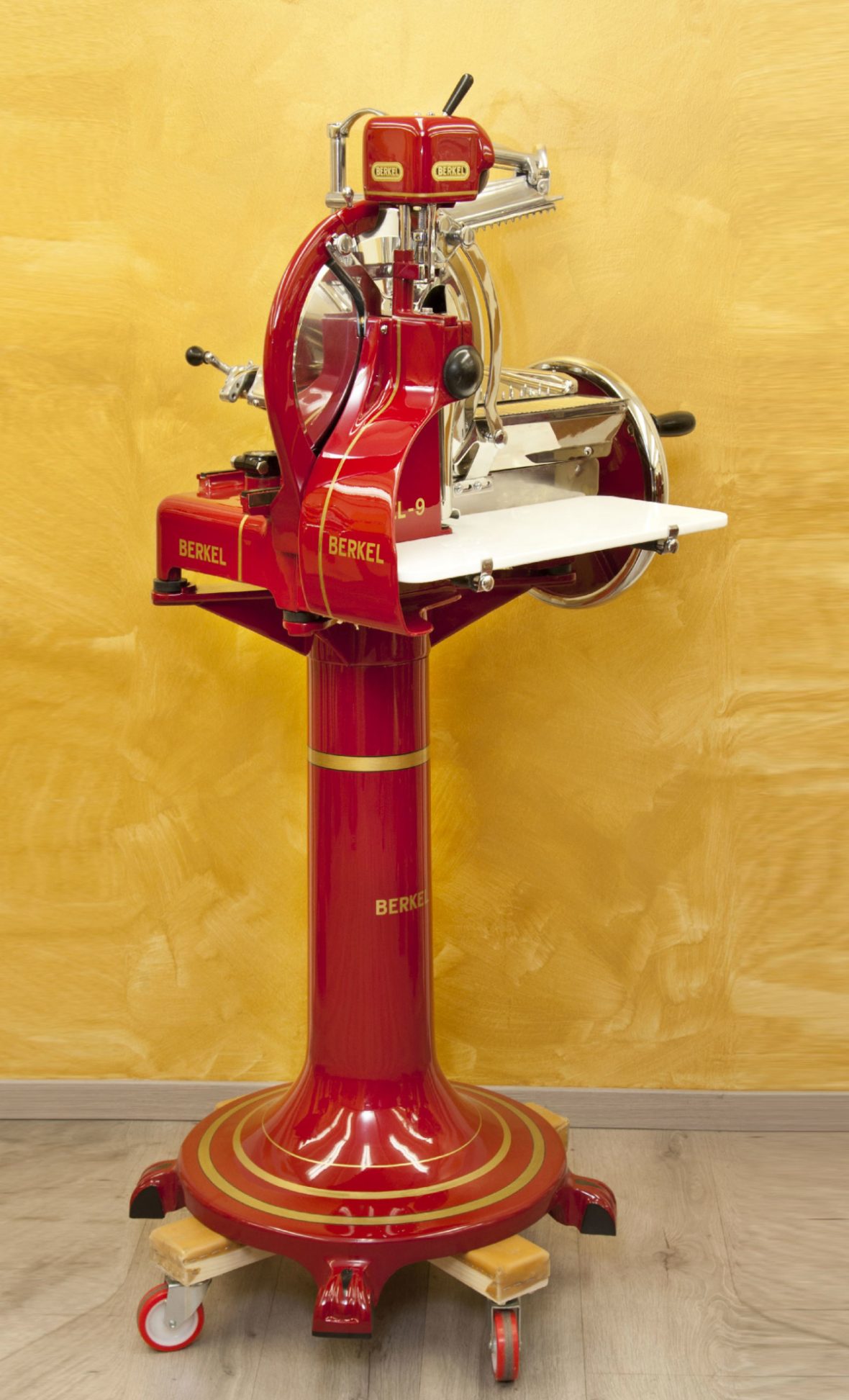 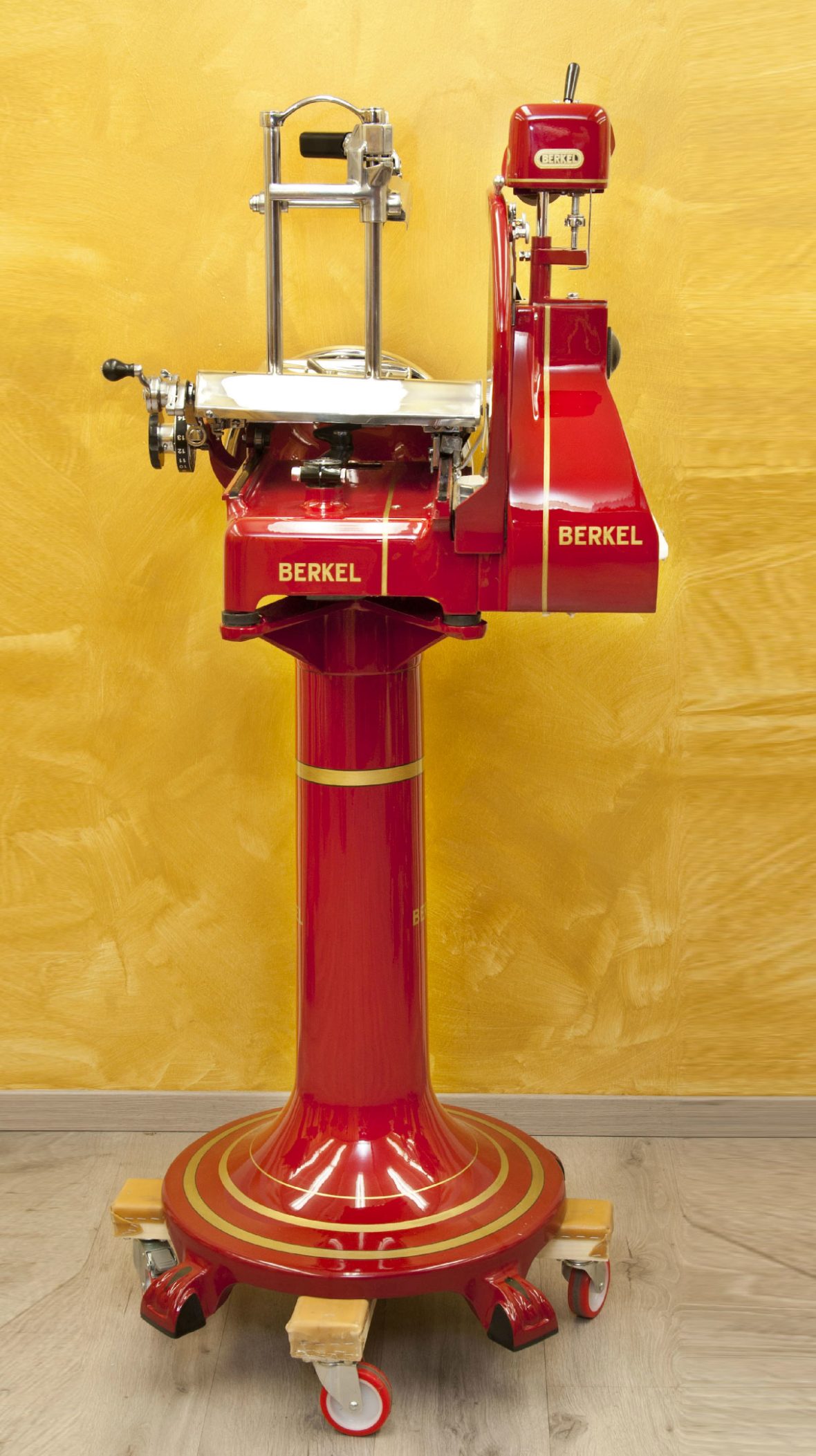 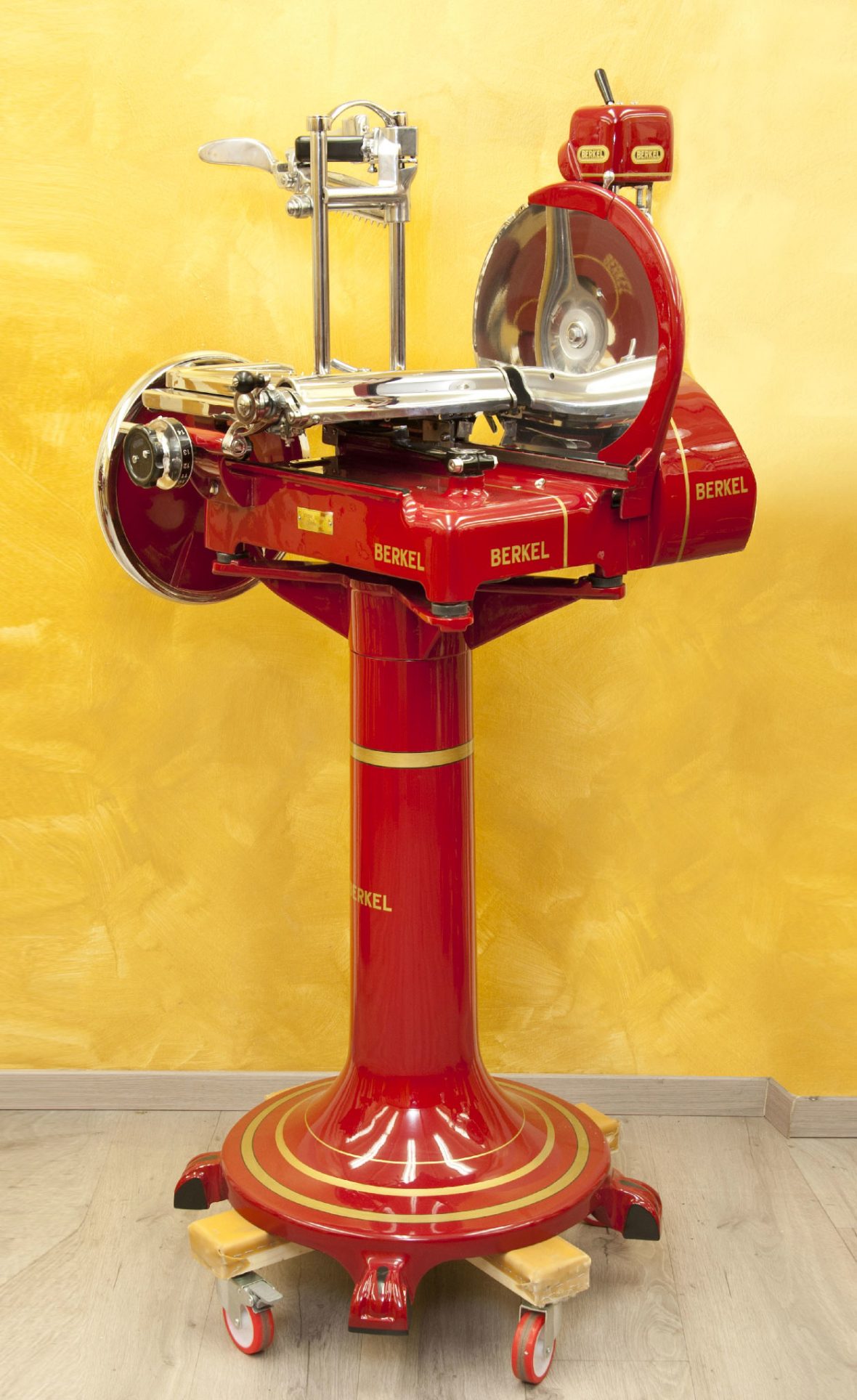 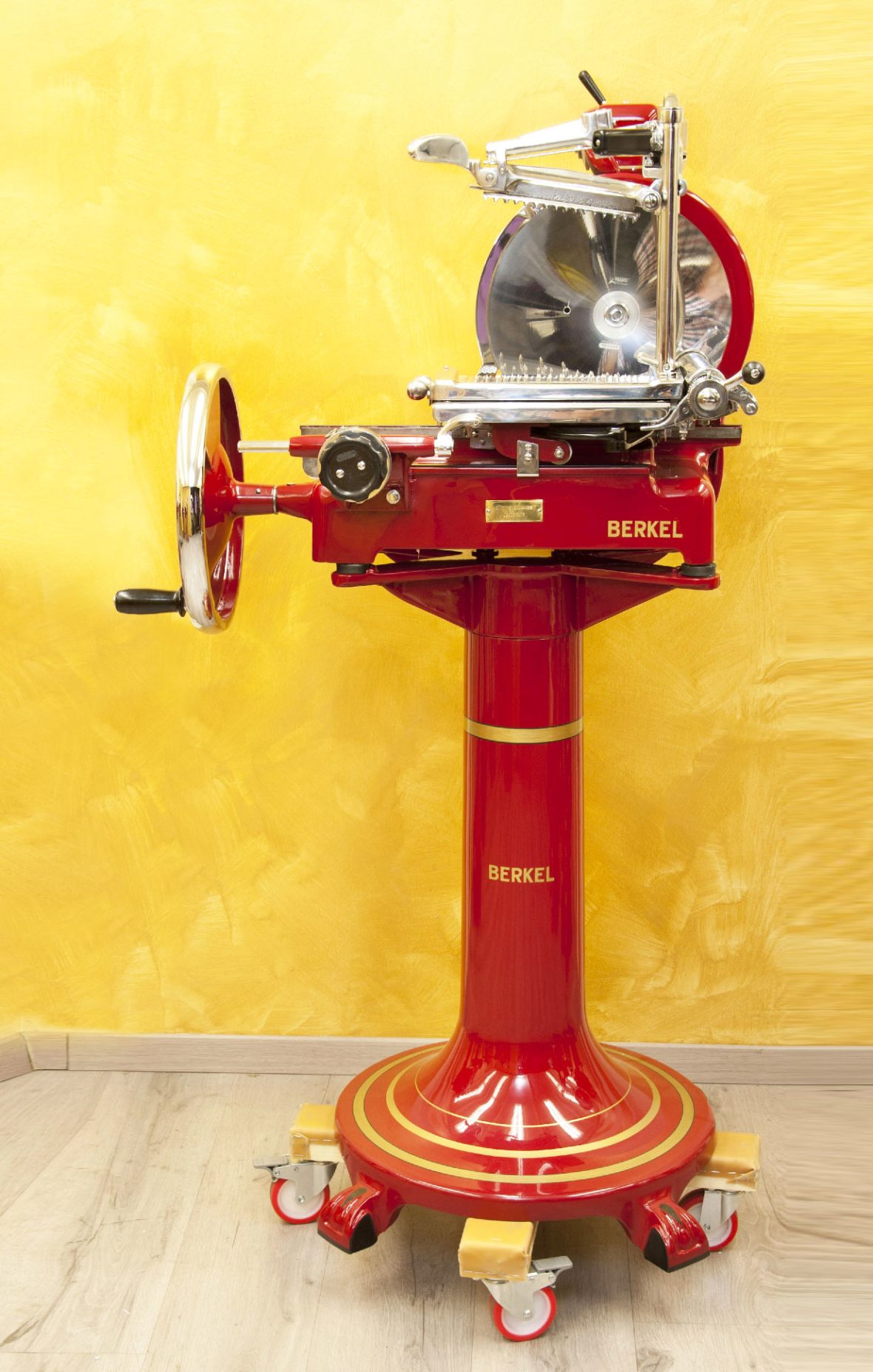